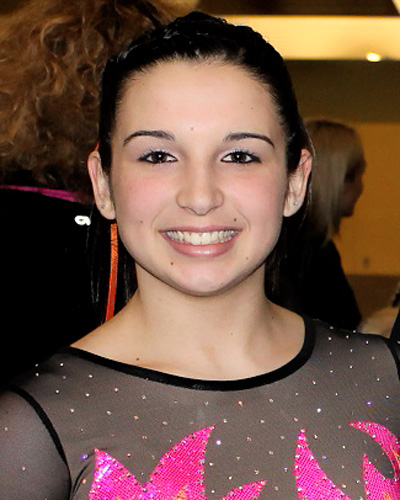 Mikayla Waddell is a Level 10 athlete training at ENA Paramus Gymnastics where she is coached by Craig and Jen Zappa.
She resides in Ridgewood, NJ with her parents Tom and Lori Waddell.
In the fall, Mikayla plans on attending the Penn State University.

Words of Wisdom:
“A smile is an inexpensive way to improve our looks.” – Charles Gordy