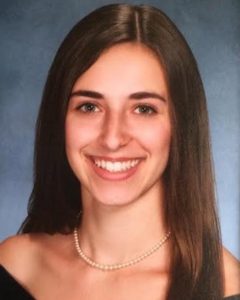 Sydney Stoter is a Xcel Platinum athlete training at Giant Gymnastics where she is coached by Becky Neidhardt and Jason Dileo.
She resides in Califon, NJ with her parent’s Cindy and Ken.
In the fall, Sydney plans to attend college to study Speech Language Pathology .

Words of Wisdom:
Nobody said gymnastics was easy! It’s important to push through all of the setbacks and know that you are bettering yourself with each and every practice and competition. Strive to be the gymnast that your younger self would have admired.