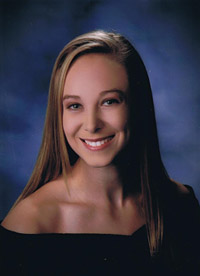 Rachel Fielitz is a Level 10 athlete training at ENA Paramus where she is coached by Craig Zappa, Jen Zappa, John Wotjczuk.
She resides in Walden, NY with her parents Diane and Lynn Fielitz.
In the fall, Rachel plans on attending the University of Denver.

Words of Wisdom:
“You and I were created by God to be so much more than normal… Following the crowd is not a winning approach to life. In the end it is a loser’s game, because we never become who God created us to be trying to be like everybody else.”- Tim Tebow