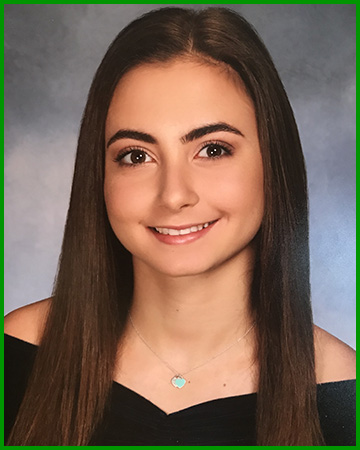 Nicolette DiPrisco is a Level 10 athlete training at Head Over Heels Gymnastics where she is coached by Toni Borden and Sonny Smoljan.
She resides in Aberdeen, NJ with her parents Gina and Michael DiPrisco.
In the fall, Nicolette plans to attend Norther Illinois University to study Pre-Law.

Words of Wisdom:
“Trust in the Lord with all your heart and lean not on your own understanding; in all your ways submit to him, and he will make your paths straight” – Proverbs 3:5-6