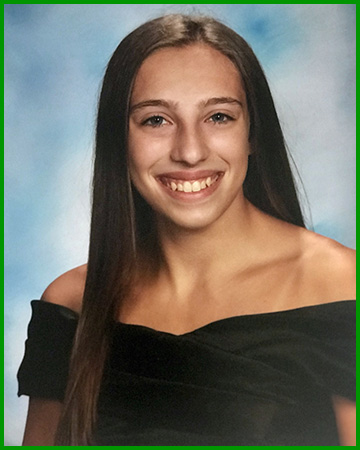 Kaylee Quinn is a Level 10 athlete training at North Stars Gymnastics where she is coached by Tony Gehman and Ashley Umberger.
She resides in Rockaway, NJ with her parents Jeff and Lisa.
In the fall, Kaylee plans to attend the University of Nebraska to study Pre-Med.

Words of Wisdom:
“Success is an attitude, a mindset, a decision, a commitment, a belief.  A belief that it can be done, should be done, and will be done”….George Akomas