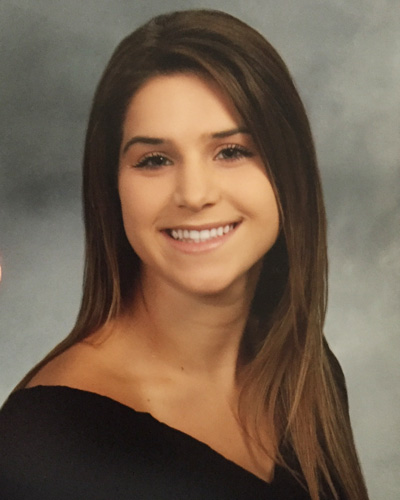 Emma Johnson is a Level 10 athlete training at US Gym II where she is coached by Ana DeFlorio and Sergei Vaitsenak.
She resides in Wyckoff, NJ with her parents Mark and Lauren.
In the fall, Emma plans on attending the University of Maryland.

Words of Wisdom:
Believe in yourself and all that you are. Know that there is something inside you that is greater than any obstacle. – Christian D. Larson