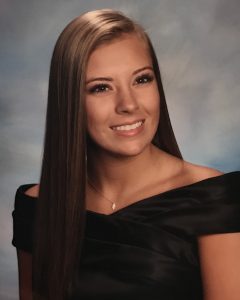 Brianne Dombrowski is a Level 9 athlete training at Devlin Gymnastics where she is coached by Jaime Solheim, Jaime Berkheiser, Alison Mitrosky, and Donna Terrill.
She resides in Brick Township, NJ with her parent’s Tom and Sharon Dombrowski.
In the fall, Brianne plans to attend college and major in Occupational Therapy.

Words of Wisdom:
If it doesn’t challenge you, it won’t change you.