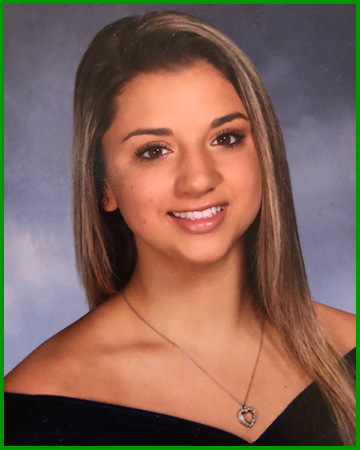 Alexandra Cucich is a Level 10 athlete training at Action Gymnastics where she is coached by Magdalena During, Valeri & Tatiana Tcheremnykh and Yuir & Natasha Tokareva.
She resides in Aberdeen, NJ with her parents Steve & JoAnn Cucich.
In the fall, Alexandra plans to attend University of New Hampshire to study Health Science.

Words of Wisdom:
“There may be people that have more talent than you, but there is no excuse for anyone to work harder than you do!” –  Derek Jeter